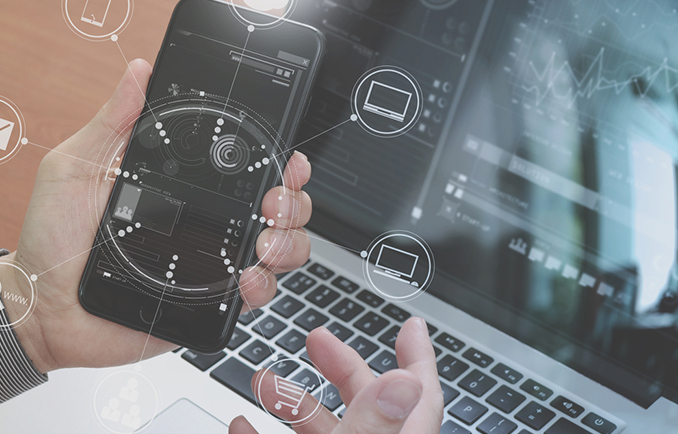 The transition from an idea to a product is a long and arduous journey. There are a bunch of factors and prerequisites that are supposed to be met before its eventual materialization. The final product during all these processes is interdependent on multiple factors that shape up the efficacy of a product. Check out some of the engaging stats regarding scalable mobile applications and their efficacy. Lack of planning as well as an unrealistic direction approach can be one of the reasons you might end up in a dead zone. Even if you have created a mobile application, the results might not be so promising. The adoption of technology all over the world and the continuous increase in traffic have made the scalability of a mobile app quite essential.

Scalability in mobile app terminology refers to an app’s functionality and how it manages traffic. All indexed websites have little to enormous amounts of traffic in the form of customers, clients, and users. However, not all apps are scalable. Traffic on a website is directly proportional to an app’s ability to maintain it. If an app doesn’t have scalability, it won’t be able to maintain its functionality. Scalable Mobile Applications hence are applications that are able to manage higher amounts of traffic without compromising its integrity.

Scalability Starts from Day One:

Mark our words, planning each step is important in making sure your app is a success. It is naive to consider that your mobile application will be handling large amounts of traffic with ease. Scalability must be pre-planned as it opens doors to heights you can never imagine. Here are some ways you can plan scalability from day one:

Scalable Mobile Applications are time and user-tested before they are released. The best way to test your mobile for scalability is through determining its workload and erasing bottlenecks that can affect your app’s scalability. One thing is for sure, the QA department plays a vital role in testing a mobile app for scalability.

This is where QA comes into play. Load testing is a testing procedure that determines an app’s ability to manage load effectively and to see what’s the breaking point. Testers normally put demand over an app and measure its response. Factors such as usability and resources used are taken into account in the testing procedure.

Scalability testing can be defined as a testing procedure that involves the measurement of a mobile application’s ability to scale up or down when it comes to user requests. Load and scalability testing both come under Performance Testing Methodology. Both Load and Scalability come under Performance Testing methodology. However, the difference lies in the fact that scalability tests are supposed to measure the maximum and minimum of user requests. In a Nutshell: Building scalable web applications is viable for the long run as it produces an app that truly is powerful and reliable. Keep in mind, that you want an application that can stand the test of time. Scalable Mobile Applications are the way forward as the use of technology is only increasing and you’ll need an app you can depend on. If you’re looking for scalable mobile applications for your business then this might be the perfect moment to give us a call!

How to set up a Business Plan for Mobile App Startup.

The Essentials of Developing a Music Application.

Why should you hire a Mobile App Development Agency?.

Do Games make you Smarter or Dumber?.

Top 5 In-Demand Skills that an App Developer must Have.