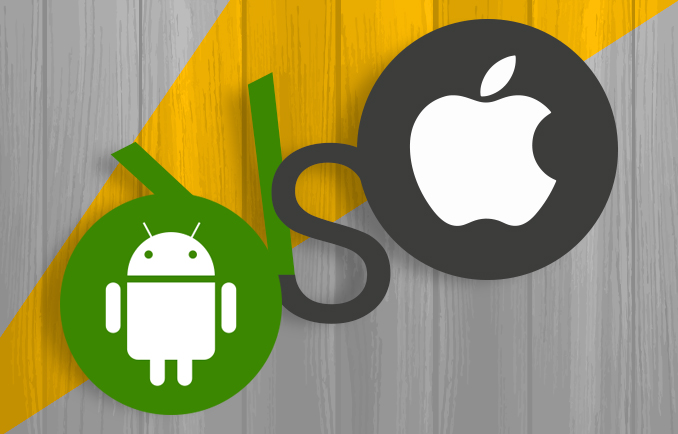 According to a new research, an average person checks his smartphone after every 6 minutes. Also, according to US Mobile App Reports, we now spend 50% of our digital media time on smartphone apps. These statistics confirm us that our cell phones have become the extensions of us and have become an integral part of our lives. What is more surprising to note is that the choice of our smartphones can tell a lot about our habits and behavior—even personality! This blog will shed light on the explanation why you should measure your app’s success differently from both platforms and discuss Android vs. iOS user behavior. Let’s jump in!

Let’s start by discussing some of the basics first of the mobile operating system market. Android vs. iOS users have 97 percent of the global market share. In particular, Android is prevalent mainly in developing nations and low-income areas because of its lower entry price point and broad price range. It has more market share than Apple in Asia and Africa. Apple, on the other hand, dominates the overall market share because the average iOS user is more active as compared to Android users.

Both Have Different Capabilities

Android vs. iOS user behavior is poles apart. There are numerous differences between the Android and iOS platforms that affect the user experience and the choice made by us when we engage with them. Now, here are some of the conclusions regarding Android vs. iOS User Behavior: This clearly confirms something about Android vs. iOS users; while all smartphones provide similar core functions, each user sees their smartphone in a unique way.

Android vs. iOS user behavior is different in this domain as well. When shedding light on the general Android population, we learn that Android pride itself with the largest global platform share—with prominence in developing nations and lower-income areas. iOs users comparatively have higher education levels, higher incomes, and more engagement. Overall, gender and age differences are not significant enough to influence a platform decision for an app, but the location and income cannot be neglected. Android vs. iOS User Behavior in actions like in-app purchases and paid subscriptions are also different, which plays a big role in the business model’s success.

Believe it or not, studies have shown; When it comes to the platform choice for the apps, I would not be concerned about the differences in personalities since every user’s personality is different in a unique way. As long as you are hell-bent on the success of your app, you are good to go! To Sum it Up I am hopeful that the data I have shared with you will give you better insights regarding Android vs. iOS users. This will enable you to effectively target your future audience with better knowledge of demographics, personalities, and capabilities. You can now conclude in-app behaviors, engagement rates, and success measurement with a better understanding of Android vs. iOS users. With knowledge of Android vs. iOS user behavior now, it’s only logical to hire Android and iOS developers for your business success. Way to go!